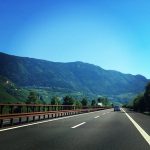 The Brenner Autobahn A22 heading south

When they arrive at their Italian holiday destination, many Germans leave their car in the hotel car park out of fear and only start their return journey in it. The rumors that the Italians drive insanely fast, dangerously and in confusion are strong, but the truth is no problem at all driving in Italy – neither in the city nor on country roads beyond the well-developed motorways. If you just drive relaxed in Italy, obey the traffic rules and adapt to the flow of traffic, you won’t have any problems! The parking costs in many Italian cities are also quite cheap compared to Germany.

…are almost completely identical to the German ones, but there are a few things to note. You should definitely remember them speed limits (Applies to cars in km/h):

… is not nearly as spirited as you might think. The Italians see the traffic rules more than recommendation. So it often happens that a red traffic light is run over or constantly overtaken. In an emergency, for example when overtaking on a country road brake the Italians but much earlier than in Germany – in Italy more consideration is given to other road users. Not for nothing, according to statistics, there is in Italy far fewer serious accidents than in Germany, but body damage is more common and almost always negotiated in cash without police and insurance. A (too) slow-moving car is not constantly honked at in Italy, but simply overtaken – whether in town or on country roads. 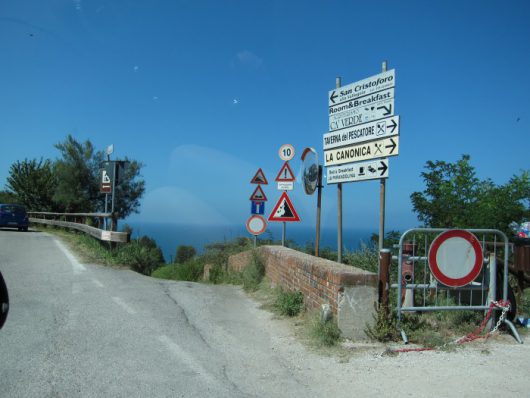 Instead of driving yourself crazy with lots of traffic signs, just adjust your speed to the other vehicles. 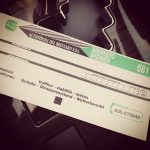 Toll ticket of the Brenner motorway

Motorways are almost 100% toll roads and marked with green signs. The toll can be calculated in advance on this interactive map from the operator Autostrade per Italia.
In contrast to Germany, there is one on Italian autobahns Speed ​​limit of 130 km/h. The speed is monitored with the so-called “Sistema Tutor”: This measures the speed of a vehicle at several points on the motorway. So if you drive correctly over the long term and were once at a speed of 150 km/h, nothing happens. However, the system is only installed on about 10-20% of the motorways.
The highways are partly with Scoreboards equipped, which does not exist in Germany. They either display (warning) information about traffic jams or construction sites, or minutes and place names. For example, “Ancona 35′” Means from here 35 minutes to Ancona needs. The system calculates the time based on the current traffic situation. 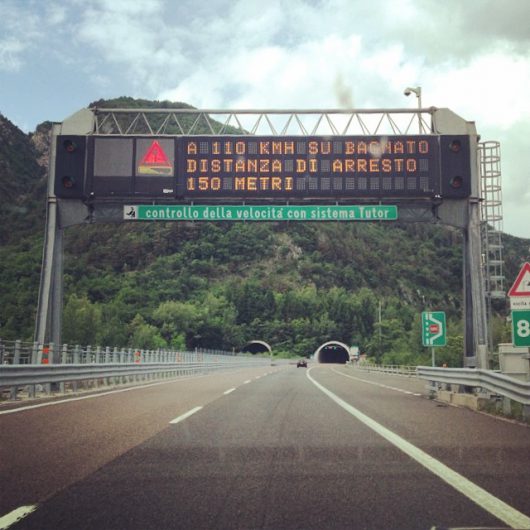 Display boards indicate the flow of traffic or dangers such as traffic jams or construction work. 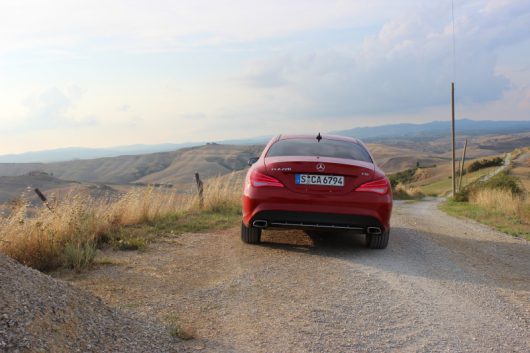 You should remember this: 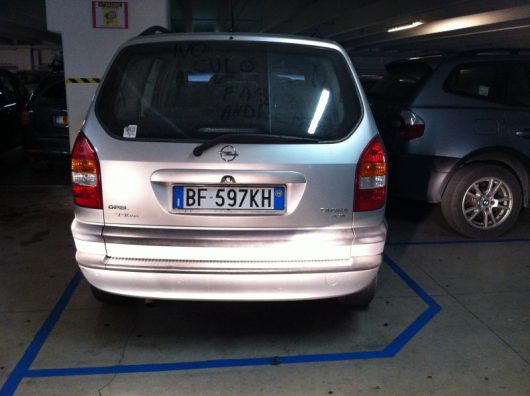 Parking spaces marked in blue usually mean that they are subject to a fee. Yellow means short-term parking, white ones are usually free.

Toll stations work thanks to the latest technology in Italy problem-free. One can except that yellow “Telepass” lane use every lane. To the blue tracks you can only with EC or credit card pay to the “white” tracks (these are most) you can go with cash or card pay. There are only machines on the yellow and blue lanes, only the white lanes are still operated by employees. If you don’t have any money with you at a toll station or your credit card doesn’t work, a receipt is simply printed out with the vehicle’s license plate number (always photographed at every toll station) and bank details – you can then transfer the toll owed from home and can of course continue. 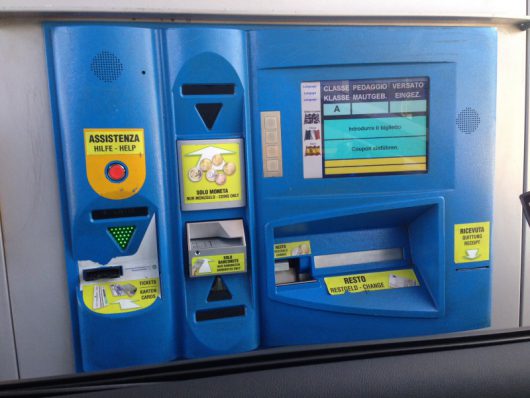 Fully automatic toll station: The amount to be paid is displayed, you insert your credit card, it comes out again immediately and the barrier opens – without a signature and without entering a PIN.

Video: Faster at the toll station with card payment 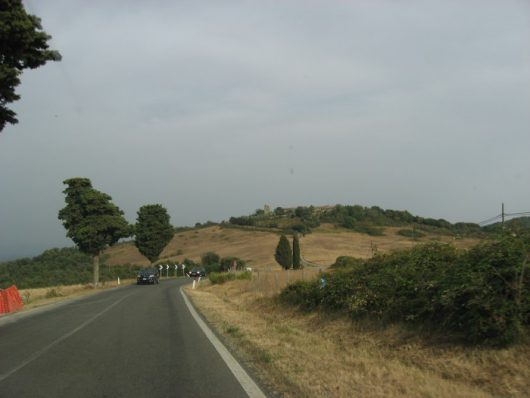 There are often beautiful and well-developed country roads in Italy, such as here near Volterra (Tuscany) 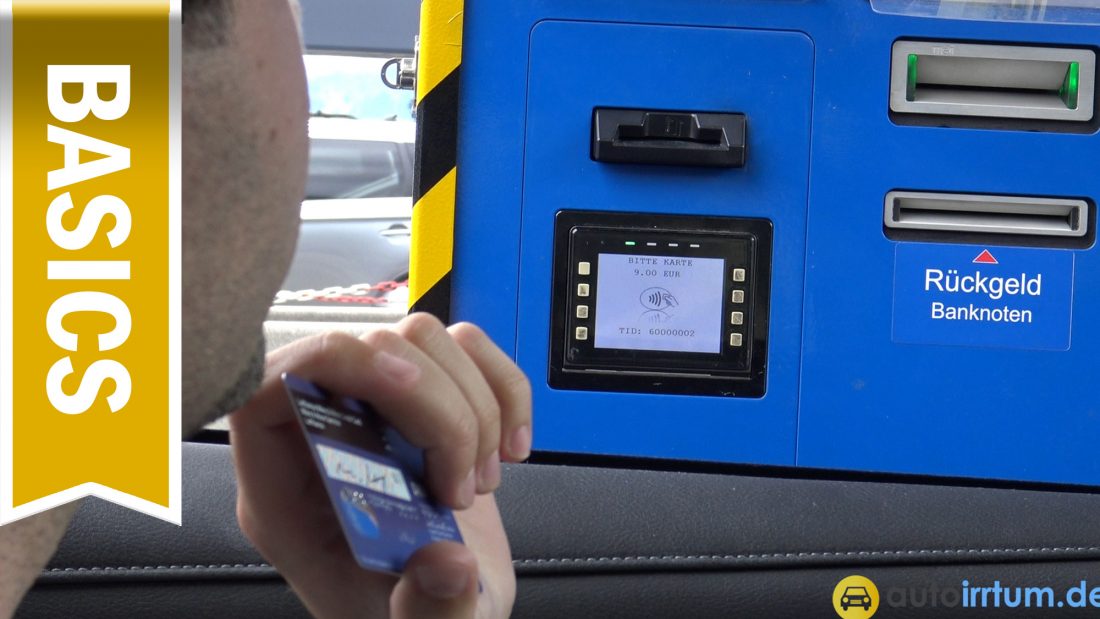 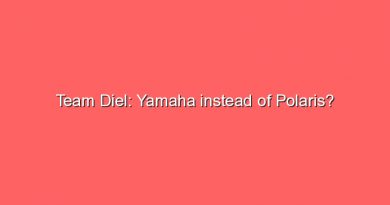 Team Diel: Yamaha instead of Polaris?