In the last few weeks and months, we have heard more about wrong-way driver accidents in Germany. Such an impact almost always ends fatally for everyone involved, almost on our doorstep on the A73 near Hirschaid in September a mentally confused woman, probably suffering from withdrawal symptoms from psychotropic drugs, killed her 2 children and herself as well as the two passengers of the opposing vehicle.

There is a seemingly relatively old video from Austria on YouTube, in which the Solution for wrong-way drivers: A so-called scissor-lattice roadblock is presented in the video. In Austria, the system has already been successfully tested on several motorway exits in recent years: Sensors in the ground detect when a car is driving in the wrong direction at a motorway exit. Then a scissor grate with sharp steel spikes shoots flat on the road and punctures all 4 tires of the wrong-way vehicle. In this way, the wrong-way driver is stopped before he drives onto the motorway, regardless of whether he is driving willfully or under the influence of alcohol.
According to the video, the system is relatively inexpensive to install. Once it is extended to stop a wrong-way driver, it does not even pose a danger to road users who are driving correctly, since the steel spikes only work in the opposite direction of travel.
Of course, the problem remains that a willful wrong-way driver with suicidal intent could also turn around on the freeway when driving freely, but at least the greatest danger, driving in the wrong direction, is eliminated with the steel grid!

Unlock the CD slot in the Audi A3 navigation system (BNS 5.0) 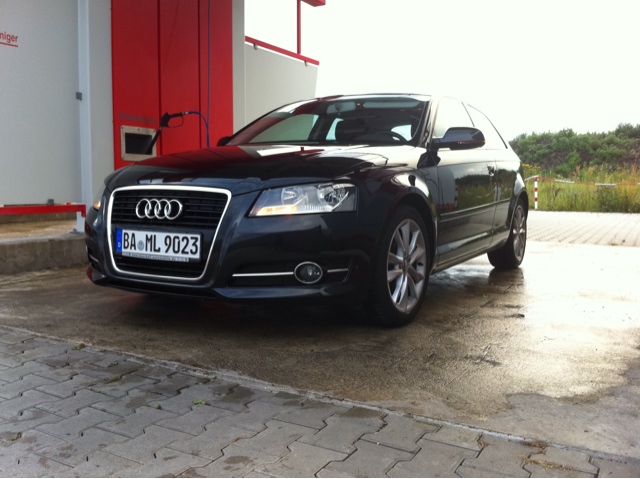 Danger for the paint when washing in self-service boxes