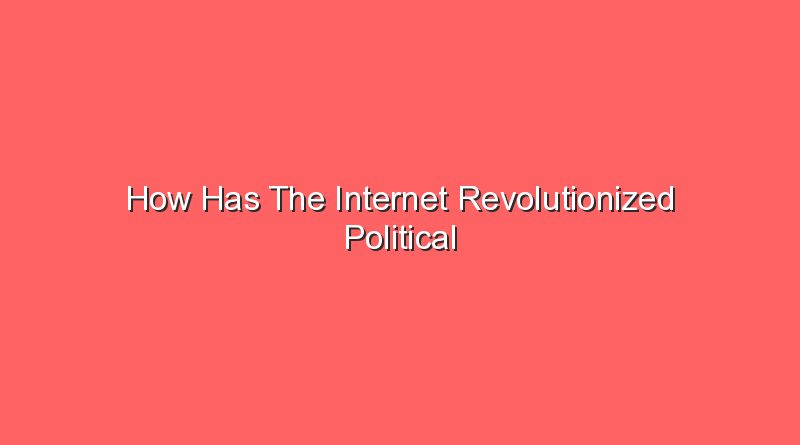 As the world moves towards a globalized society, the use of the internet has become increasingly important for politicians and activists. Aside from empowering political leaders, the web also helps them connect with their party members and constituents. This way, they can interact with their supporters even when they are not physically present in the same state. Face-to-face interaction has long been an essential part of political campaigns, and this is particularly true now, when it is difficult for a politician to speak before a large crowd. COVID-19 was a huge challenge for politicians, because it forced people to lock themselves in their houses, which prevented them from giving speeches in front of a crowd.

In a time when campaign costs are rising, the use of the internet has proven to be a cost-effective method. A research study by MediaQuant, a media research firm, evaluated presidential campaigns over the last eight years. It found that the 2016 presidential campaign received $4.96 billion in free media coverage, more than three-quarters of which came from online sources. During the pandemic phase, the power of social media helped the government to gain public sympathy.

Today, people are actively participating in the campaign. Thanks to the internet, anyone can become a part of the campaign from the comfort of their homes. During the 2008 presidential campaign, for example, users planned more than 200,000 offline events and wrote 400,000 blog posts. They also created more than 35,000 volunteer groups. Likewise, the Hillary campaign website lists volunteer opportunities, including phone banking and televised events.

In addition to being a cost-effective way to promote a campaign, social media allows people to participate in the campaign. It can also be free to start a new account or join an existing one. By using social media as a platform, politicians can create and publish a page dedicated to their volunteer opportunities. Furthermore, they can host phone banking parties and make phone calls. It is the new age of social networking and has re-defined political communication.

With the advent of the internet, people can now engage with campaigns through email, e-mail, and news groups. This type of online communication has allowed politicians to establish meaningful relationships with millions of voters. Moreover, it has fueled competition among candidates, and helped them reach new audiences. And with this, the internet has revolutionized the political process. In most cases, the campaign has reduced the need for traditional forms of advertising, and it has increased participation from overseas citizens.

How do you specify multiple authors?