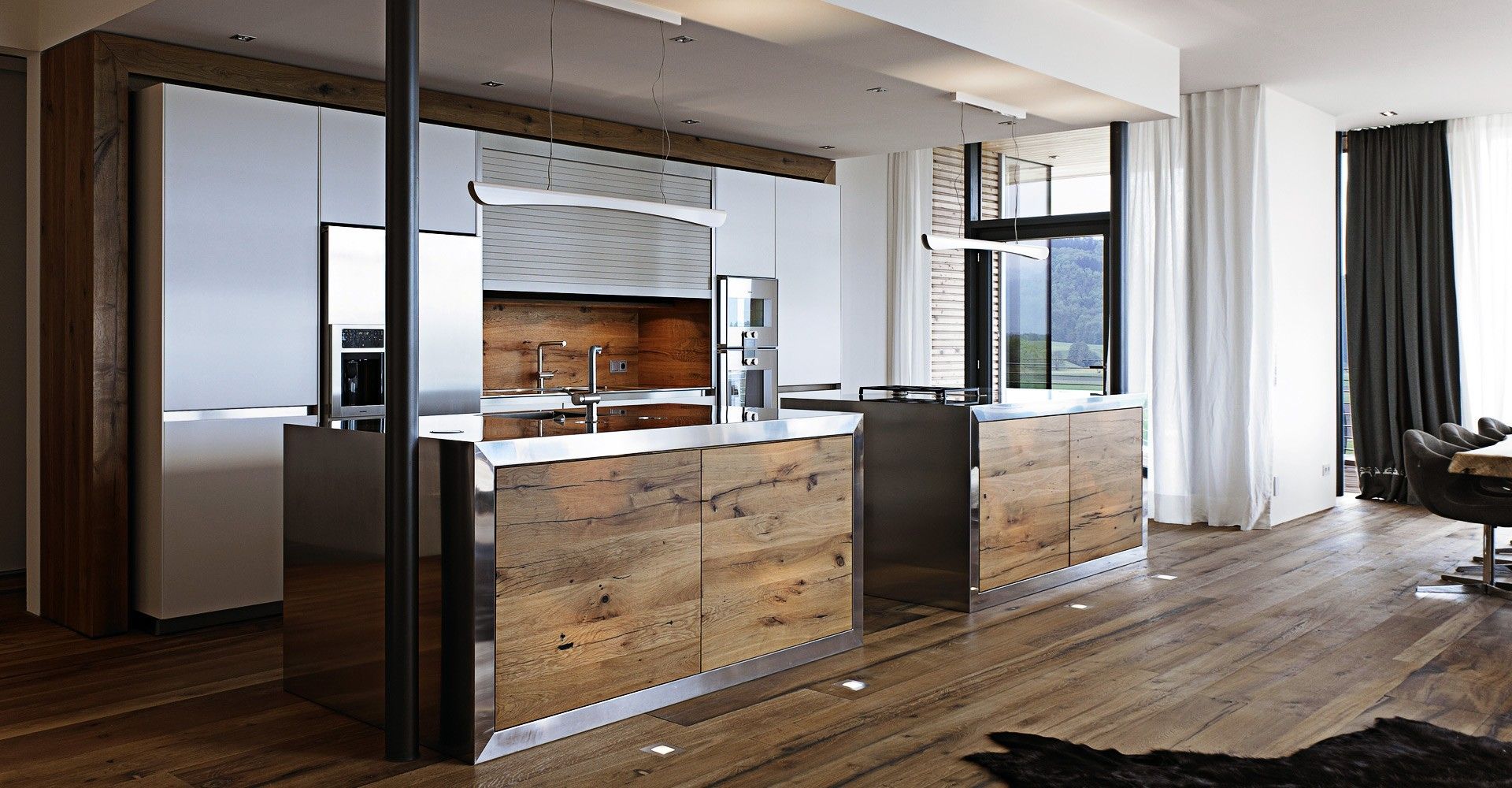 Most of us can easily distinguish between a traditional and a more modern kitchen at first glance. In doing so, it is sometimes difficult to determine what the main characteristics of one style or the other are. Here’s an easy-to-understand formula: Traditional kitchens emphasize materials and textures. With the modern ones, the emphasis is more on the shapes.

Depending on which way the designer chooses, the kitchens are more likely to be perceived as modern or traditional.

And it should be emphasized here: It’s more about perception! For example, you can design a kitchen almost exclusively according to classic basic rules and still give it a modern character with an extremely modern element.

Kitchen island in a geometric shape

Let’s start with a very simple example. A kitchen designed completely according to classic rules can be made to look extremely modern simply through the geometric design of a kitchen island. You reinforce this impression by using modern colors and glossy textures. With the right lighting and the use of many mirror or glass surfaces, you can achieve an almost surreal ambience.

Is that a great futuristic kitchen facility? A kitchen island in a geometric shape makes the modern kitchen super trendy!

The geometric shapes as accents

Opting for modern minimalism entirely could lead to the dull appearance of the kitchen furnishings. Design the kitchen island or another element in geometric shapes, loosen up the design. Now you have the choice whether you want to emphasize this visual highlight with color or stick to the monochrome look.

Geometric shapes in the kitchen equipment bring dynamism to the interior design and make the kitchen look trendy and somewhat futuristic.

The geometric design of the drawers would be another variant for modernizing and livening up the kitchen equipment. L-shaped floor plan is already a fairly established and at the same time universal choice. It’s also pretty apt from a practical point of view.

There are also very interesting fittings from the doors of the kitchen cupboards. They are also emphasized by contrasting colors and textures. With the geometric arrangement of drawers and cabinet doors, you can successfully liven up your kitchen furnishings, which would otherwise appear quite traditional and inconspicuous.

The more unconventional a geometric design, the more futuristic your kitchen equipment will appear. Most often, designers go for an accent piece or two with such a character. In order to create a uniform appearance, the shapes and lines that dominate the rest of the kitchen are often repeated. Playing with contrasts would be a great way to clearly differentiate the areas within an open plan.

The unconventional kitchen design is mostly perceived as futuristic

The illusion of movement

Geometric shapes can be used to create the illusion of movement. Designers achieve this effect by using gentle conical shapes. In this way you bring flowing dynamics into the room. Often such solutions also create great light-shadow effects.

The kitchen island design could create an illusion of movement

The geometric designs can be quite subtle and still go a long way in modernizing the kitchen. They can only consist of juxtaposing the oval seats on the stools or chairs and the square shapes of the kitchen cabinets – a design that anyone can create!

Geometric design of the walls

Decorative shapes can also be integrated into the room through the wall and floor design. This works by setting up vertical surfaces with tiles of this type.

We want to conclude our article with the use of small geometric accents. In this case, the simple kitchen furnishings, dominated by clear lines, are enriched with decorative objects in geometric shapes. This is also something that everyone can easily integrate into their own kitchen furnishings. For example, your pendant lights could make an interesting cluster together by hanging them at different heights. Furthermore, chairs or even simple bowls or other dishes with an interesting shape would be a good option.

Geometric accent pieces serve as eye-catchers in the room

Simple kitchen furnishings in front of the brick wall – what attracts your gaze here?

Play with the lighting!

Minimalism in the kitchen

Bring a green touch to the kitchen with a few houseplants!

Simple and modern furnishing – less is more in most cases!

A vertical garden not only refreshes the room air, but also the whole atmosphere in the modern kitchen 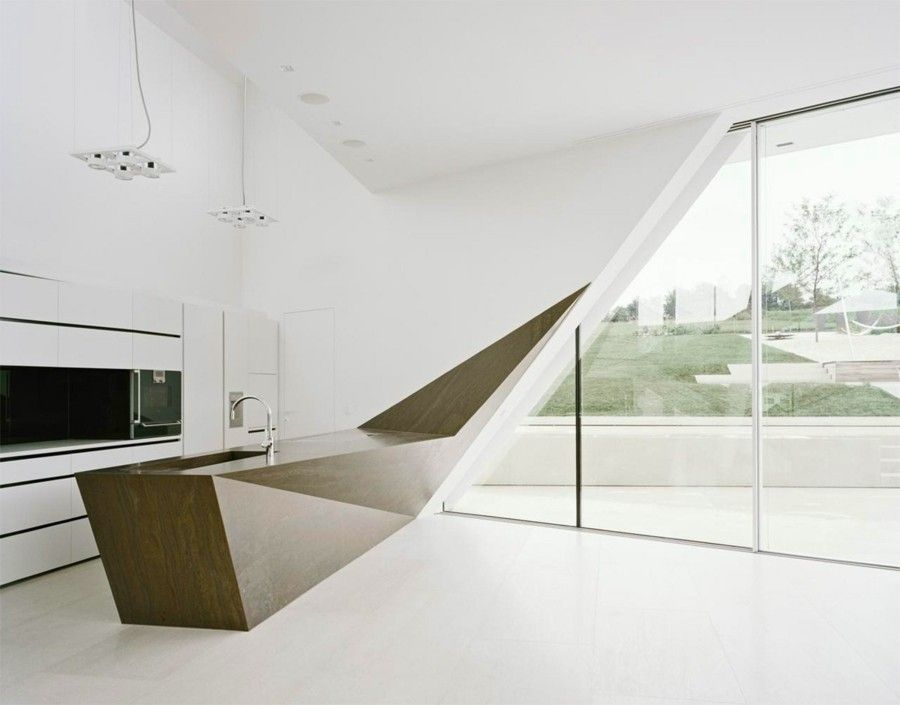 Break up the geometry with some colored accents 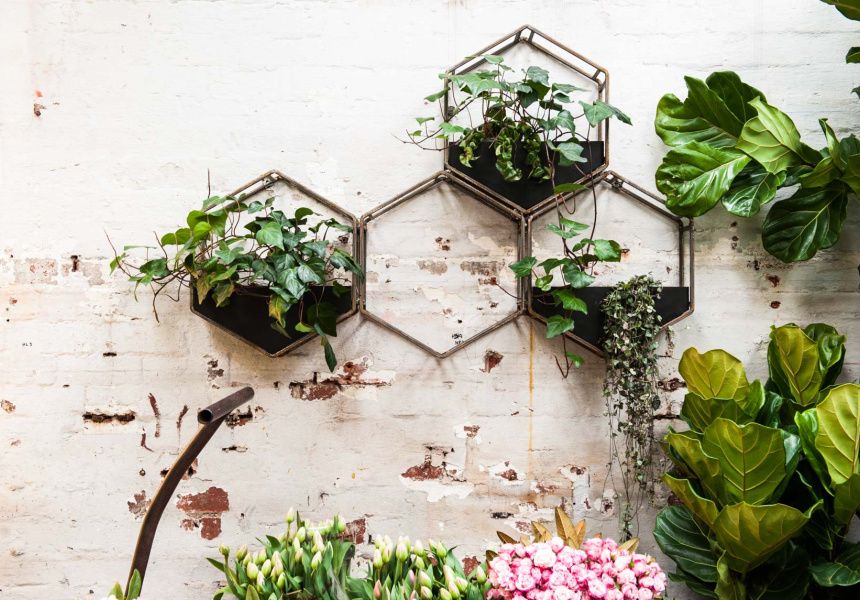 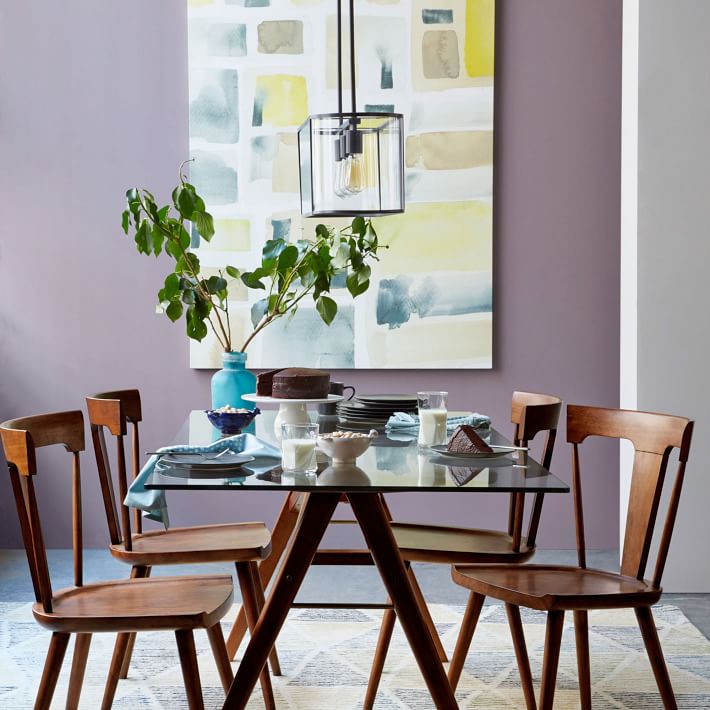 Find the right flooring for the dining room 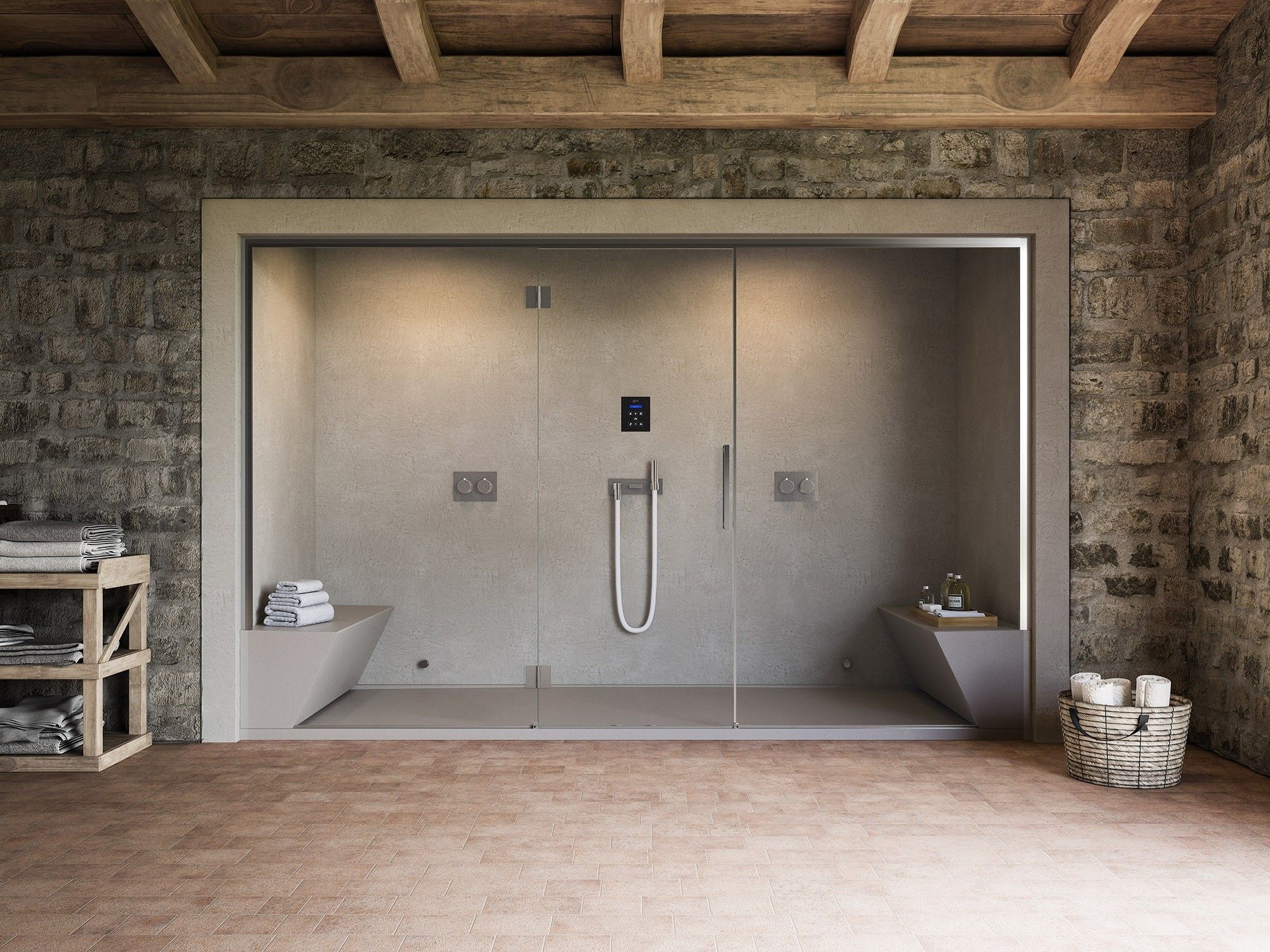