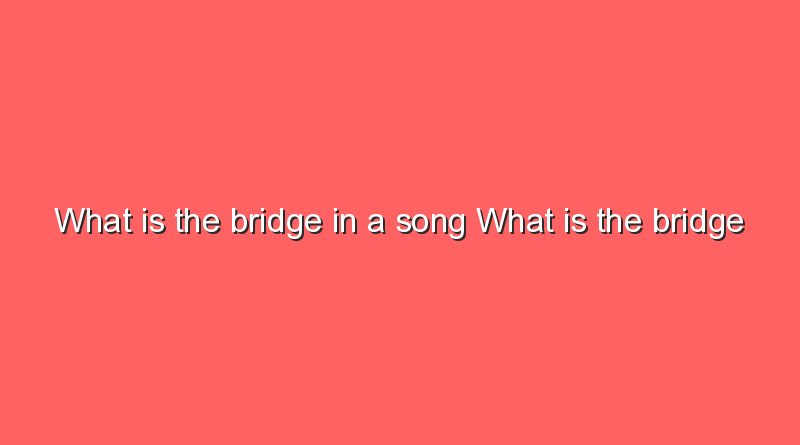 What is the bridge in a song?

The verses in a song often differ in the lyrics, but always have the same or a similar melody. The verse is also often called a «stanza». The bridge is often inserted between the verse and the chorus. So the bridge connects the verse to the chorus.

What is the bridge in rap?

The bridge is a musical passage that connects one part of a song to another part. Bridges add interest to the transition from chorus to verse and help reduce repetitive and potentially less-smooth transitions between verse and chorus.

What is a verse in music?

the verse [vɜː(r)s] (English for “verse” or “stanza”) refers, especially in Anglo-American light music, to the section of a song that precedes the refrain and usually has an introductory character. It is not infrequently performed in tempo rubato.

What is a verse in music?

A stanza is the arrangement of a certain number of verses (lines) into a self-contained form. The stanza is subordinate to a higher metric unit, such as the poem or the song.

What is a molding in music?

What kind of songs are there?

What is a pre chorus in music?

The pre chorus is a short part that comes before the chorus and makes it . The stanzas or verses tell the story of the song, the melody is always the same, only the lyrics. The bridge is a sung part of a song that leads from one part of the song to another.

What is the difference between chorus and refrain?

A chorus is the same as a refrain, usually the main part of a song, usually occurs several times, usually with the same lyrics. Often that’s the part that gets stuck in your head.

What is an intro in music?

The intro (short form of English introduction, from Latin introductio “introduction”) is a brief, thematically related introduction to the complete content of and for text, music, image and video works.

As a bridge [bɹɪdʒ] (English for “bridge”) is a characteristic transitional form in jazz, pop, rock, metal, electronic dance music and hip-hop.

What is local bridge? 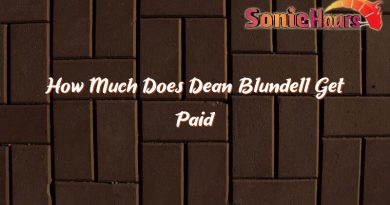 How Much Does Dean Blundell Get Paid 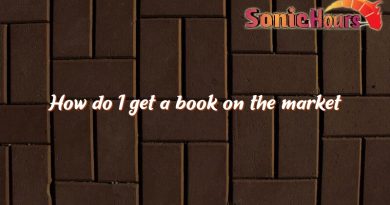 How do I get a book on the market?