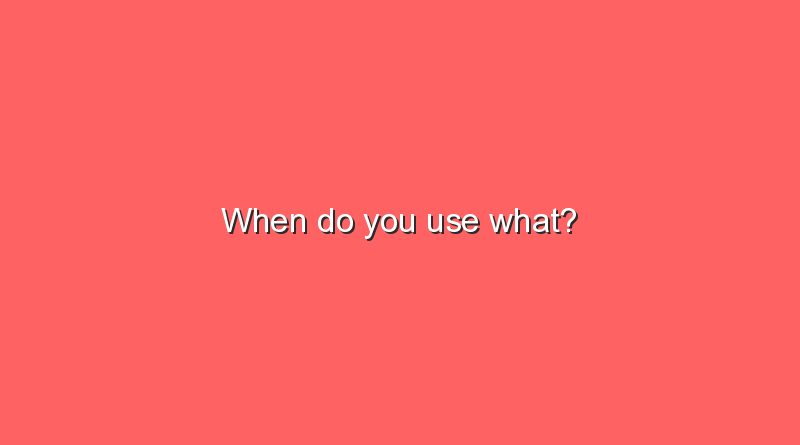 When do you use what?

The rule is pretty simple. In the singular was (the exception is, as always, you in the singular) and in the plural were.

When do I have to use do or does?

To negate a statement in the simple past, the auxiliary verb did not or didn’t is used together with the base form of the main verb. Example: It didn’t snow that much last winter. The simple past is used to ask when something happened.

When do you say Are you and when do you?

Do means “to do” and is used in English as an auxiliary verb in many grammatical constructions. “are” is the plural form or 1st person singular form of “be”.

The negation You negate sentences in the present (simple present) with don’t. For he, she, it you use doesn’t: I don’t go home. We don’t watch TV.

When does one not take and when did one not?

doesn’t is in the present tense of a negative declarative clause. Didn’t is in a negative statement in the first past (past tense or simple past).

What is the negation of Simple Past?

Which tense is didn t?

What is the simple past of Want?

Which tense for Just?

In many cases – but by far not all – ‘just’ is used together with perfect tenses. These mainly include the present perfect simple, but also the past perfect simple, where ‘just’ also serves as a signal word for both.

Which tense is does?

What time at When?

Is when a signal word?

The signal words after, before and when often indicate the past perfect. For the most recent action use the past perfect, the action before that is in the simple past. After he had sent an email, he got an answer. 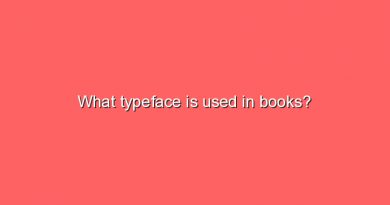 What typeface is used in books? 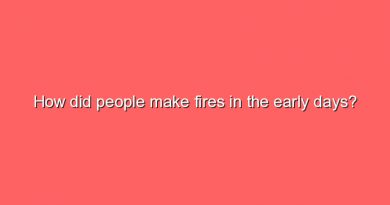 How did people make fires in the early days? 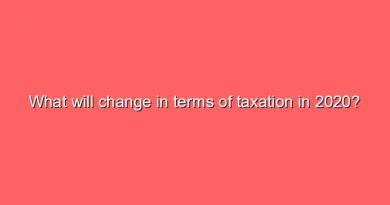