Functional testing is a type of testing and a quality assurance process that helps to make sure that the system or its parts meet the functional requirements and specifications that have been set out. Functional testing is a type of “black-box” testing, which means that the application’s source code is not taken into account during the testing process. You can easily order outsourcing testing services for your company.

With this type of software testing, the main goal is to test each function of the application by giving it certain inputs and comparing the outputs to the functional requirements.

Why does Functional Testing need to be done?

Functional testing services are an important part of making sure that the software works well and is of good quality. With this method of software testing, quality assurance teams check how the software works based on the Software Requirements Specification (SRS) and make sure the system works the way the user wants it to.

With this kind of testing, you can see if the system is ready to be released and free of bugs. This testing doesn’t make any assumptions about how the system is put together, but it does make sure that a high-quality product is made. Basically, this testing method is used to test how easy it is to use the software, how it works in certain error situations, how easy it is to use, and what other important functions it has.

What kinds of Functional Testing are there?

Unit testing is the first step in the software development lifecycle for testing software (SDLC). This type of functional testing is done by developers, who write the scripts to make sure that the small parts of the application work as expected.

This type of functional testing is very similar to unit testing, but the key difference is that testers do it and test each object of the application separately, with or without isolating it from other software objects.

After each build is made public, smoke testing is done. This kind of functional testing is sometimes called “build verification testing.” This process checks to see if all the parts of the test environment are working well and if the build is stable. It also lets you know if the build can be used for more testing.

Usually, sanity testing is done after smoke testing, which is when a software build with small changes is given to the testers. In simpler terms, it checks to see if the changes made to the code are still working as expected.

Integration testing is one of the most important ways to test software. In this method, different parts of the application are put together and tested as a whole to see how well they work together.

This functional software testing method makes sure that the changes made to the code do not affect the features or functions of the application that are already there.

System testing is another method of functional testing that is done after integration testing. During this phase of system testing, the fully integrated software application is checked to make sure it works.

This is the last phase of software testing, in which end-users or clients act as test engineers to see if the application meets the requirements. UAT is a type of functional testing that is very important and is done before the application goes into production. Are The Trading Robots Worth Using? 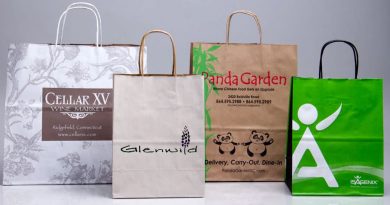 Tips For Using Custom Printed Bags As A Promo Material