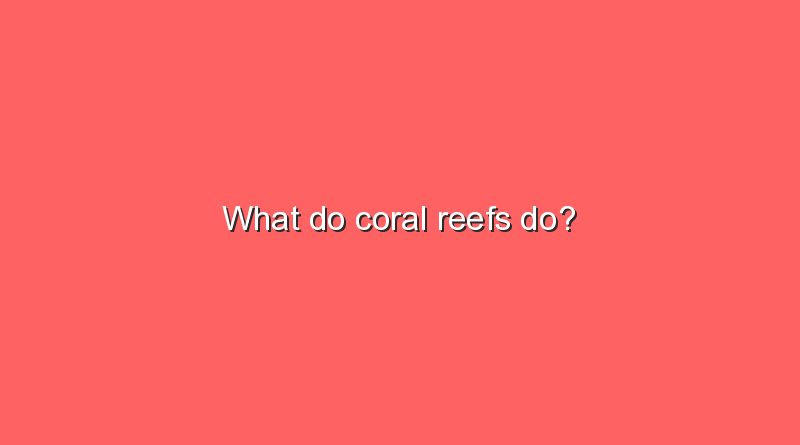 What do coral reefs do?

It is estimated that coral reefs are home to up to a million animal and plant species. Together with the tropical rainforests, they form the most species-rich ecosystems on earth. Reefs represent an immensely important coastal protection, without which many tropical islands and coasts would quickly be eroded.

Why are reefs so important?

Tropical coral reefs form unique ecosystems with an infinite variety of animal and plant species. As a source of fish and other marine life, coral reefs help feed tens of millions of people.

Why are corals important to the environment?

Corals provide a wide range of benefits for the ecosystem. Coral reefs are by far the most biodiverse and productive marine structure, providing the perfect habitat for a quarter of all marine plant and animal species. On the other hand, the corals are responsible for the formation of reefs.

How does coral bleaching occur?

Corals are living organisms. If the zooxanthellae are shed by the coral, the coral stock loses its colorful splendor. This phenomenon can be localized or widespread and is called coral bleaching. It mainly occurs when the water temperature is too high.

How is a reef formed?

Origin and effect A coral island is created by long-term changes in the water level. Since the coral reef can grow to the surface of the water, subsequent lowering of the sea level or raising of the bottom will form an island or a series of islands, often in the form of an atoll.

Why are coral reefs endangered?

Coral reefs are highly threatened. 58% of the world’s reef areas are considered endangered due to overfishing and pollution as well as other human activities. Climate change has recently been identified as a new threat.

Why is the Great Barrier Reef so important?

The Great Barrier Reef is considered one of the most biodiverse regions in the world. 400 of the world’s 700 species of coral, 1500 species of fish and 4000 different mollusks are at home here. Even rare species of whales, dolphins and turtles still live here.

When will the Great Barrier Reef become extinct?

In April 2020, the most extensive bleaching in the last five years was reported on the Great Barrier Reef. A third mass coral bleaching has occurred within 5 years and for the first time all three regions of the reef were affected.

Where are coral reefs in the world?

Where are large reefs located and what are they called?

Reefs are known both off the coast of northern Norway and off the southern tip of South America. In front of Ireland, the corals have built mounds up to 300 meters high, which is almost the size of the Berlin TV tower.

How many species of coral are there in the world?

Where is the Great Barrier Reef located?

The Great Barrier Reef in Australia is located on the busy east coast of the 5th continent, next to the state of Queensland. It is considered the world’s largest coral reef and stretches from the 10th

Where is the largest coral reef in the world?

The largest coral reef in the world But where is the well-known coral reef actually located? Simply put, it’s in the South Pacific, northeast of Australia.

Why is the Great Barrier Reef endangered?

Climate change, industrialization, shipping and tourism have taken the sensitive ecosystem badly. The Great Barrier Reef is not only threatened by the direct consequences of coal mining, such as dredging, pollution or ship collisions.

What can you do on the Great Barrier Reef?

How big is the Great Barrier Reef?

Why is Australia called Australia?

The term “Australia” is etymologically derived from the Latin term “terra australis”, which means “southern land”. Even in ancient times it was assumed that there was a southern continent called terra australis incognita.

The ancestors of today’s Aborigines lived on the continent for at least 50,000 years. Genetic studies also suggest a settlement about 50,000 years ago. A few researchers also attribute the extinction of the megafauna to around 13,000 BC. Chr.

When were the first humans in Australia?

Australia’s first European settlers were over 700 convicts who had to be guarded by marines. On January 20, 1788, the First Fleet docked in Botany Bay. The natives were amazed.

How did the first humans come to Australia?

After 3000 BC The dingo, for example, probably came to Australia from Timor or New Guinea with seafarers about 4000 years ago. Today’s Aborigines are now more similar to the graceful form of humans. From Makassar, possibly since the 16th 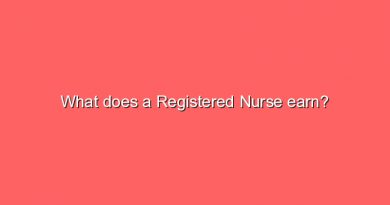 What does a Registered Nurse earn? 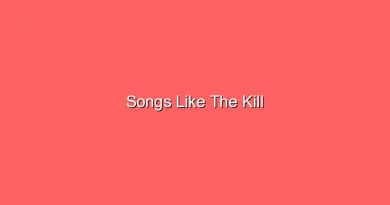 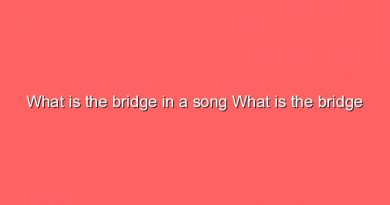